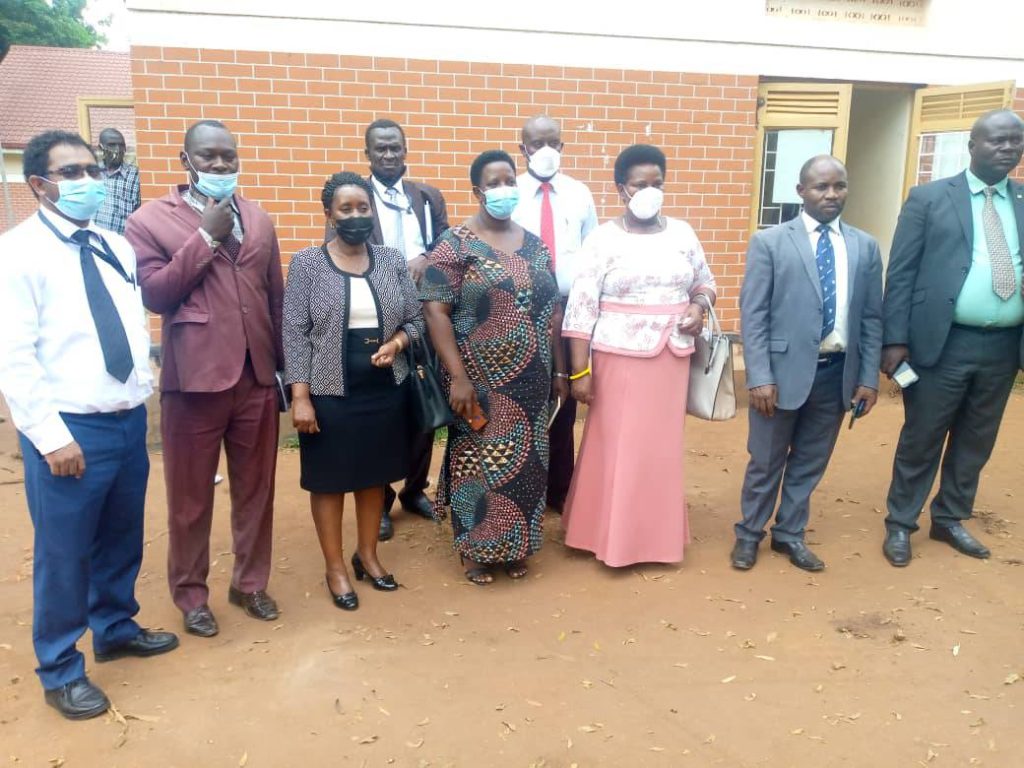 The State Minister for Local government Hon. Victoria Rusoke yesterday made an imprompt visit to Kagadi district to investigate allegations about the appointment of Parish chiefs and Ward Agents with forged academic documents in the recently concluded recruitment exercise by Kagadi district local government Service Commission.

Hon. Victoria Rusoke who has been flanked by both the commissioner of Human Resource and Commissioner of Evaluation and Monitoring arrived at Kagadi district headquarters held a heated indoor meeting.

Addressing Journalists shortly after the heated meeting, the Minister said that their ministry a few days back received many complaint letters by different whistleblowers citing irregularities of forgery of academic documents and bribery that marred the just concluded recruitment exercise of Parish chiefs and Ward Agents in Kagadi district.

Thus upon receiving this alert they resolved to swiftly swung into action and investigate the allegations.

Minister Rusoke has revealed that after interrogating the stakeholders, all academic documents of the appointed 105 Parish chiefs and Ward Agents have been picked from the District service Commission secretary and have been taken to the ministry headquarters for verification and scrutiny.

She has promised to publicly declare the report finding on the 20th of this month vowing to immediately arrest and parading before court all persons found to have submitted forged academic papers.