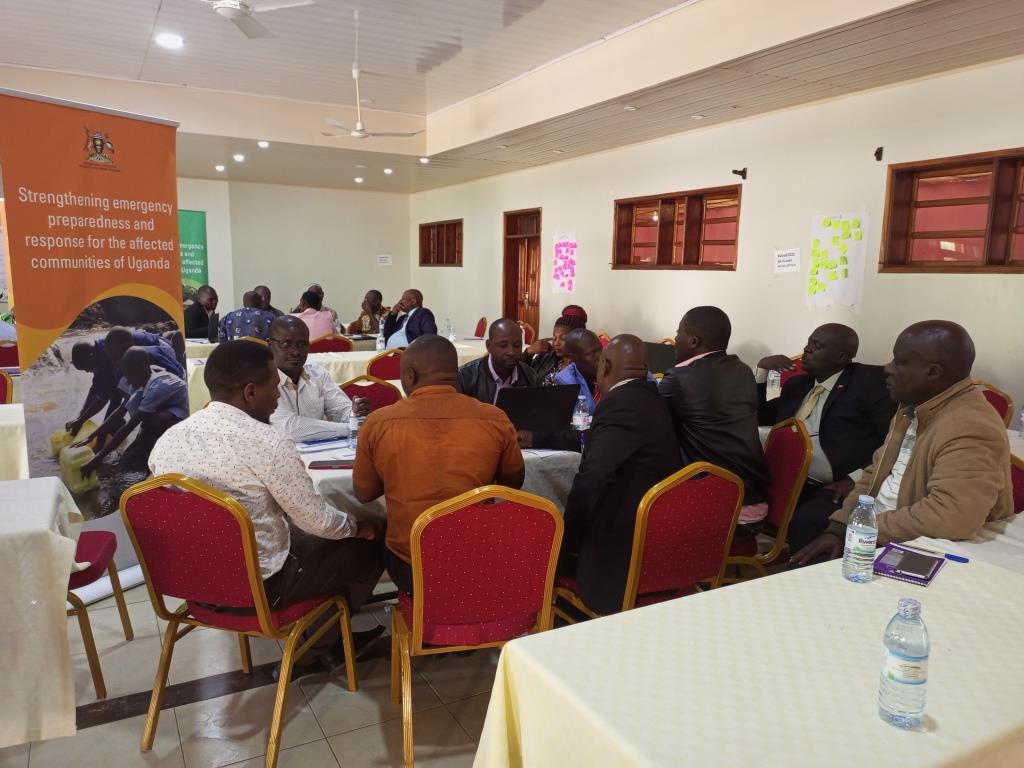 UNICEF,  WORLD VISION together with the government of Uganda have taken lead in equipping skills and knowledge to Kagadi district technical and political staff on disaster preparedness and response.

The 4 day training workshop that is targeting the District management committee members in critical departments such as planning, production, water and sanitation, Health and Education and Sub-county Disaster management committee for 14 lower local governments is being held at Kalya courts in Fort portal.

According to Raymond Kirungi the Disaster Preparedness Officer from the Office of the Prime Minister and lead trainer stressed the need for a district contingency plan  as a preparedness and resource mobilization tool for the district.

Rose Nakiranda the Disaster Risk Reduction and Community Resilience Coordinator World Vision says Kagadi district is prone to frequent natural hazards and man-made disasters that destroy crops, and property and threaten lives according to the National Risk and Vulnerability Atlas of Uganda published in 2021 by the Office of the Prime Minister (OPM)

The district has severally been hit by floods, hailstorms, and other hazards that have washed away roads and displaced people in Sub counties of Ndaiga, Bwikara, Mpeefu, Kiryanga, Kabamba, Nyabutanzi, Kagadi, Rugashali among others.

Ironically, the district did not have a contingency plan to boost its disaster preparedness and response interventions to prevent from disaster.

On behalf of the Chief Administrative officer Kagadi Edward Bisangabasija said a contingency plan will help in the allocation of resources to core priority areas and look for funding through partnerships.